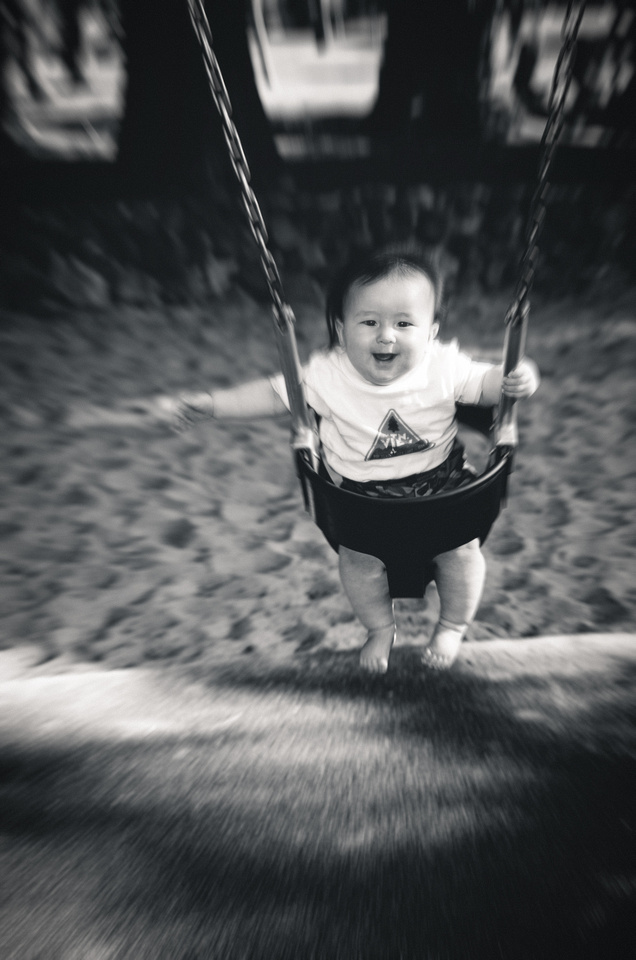 I recently had a great client with an 8-month-year old son who wanted to shoot in the neighborhood park near their home. As it turned out, the baby's favorite activity at the park was swinging in the baby swing. Capturing his enjoyment was not an issue, but I wanted something a little different for this shot: a sense of motion.

Now there are ways this can be done during the shoot, but each involves elements of luck as well as skill. The inherent problem with shooting subjects in motion is that they tend to come out blurry. A photographer can "track" the subject by moving the camera along at the same speed of the subject, but there is some luck involved and it reduces the options for camera angles. Add to that the uncertainty whenever you are photographing very young people like babies or toddlers, and it's a risky shot to try to capture.

That's why I love Photoshop. With a little Photoshop skill and knowledge, I could effectively create an image which has the blurry quality of motion but at the same time have a sharply focused face with an expression of joy captured on it. This isn't a technical photography blog, so I won't bore you with the details, but the point is that you don't always have to try to capture the hard shots in real time if you know the capabilities of Photoshop and have the skills to implement them.