IN THE MOOD FOR LOVE? 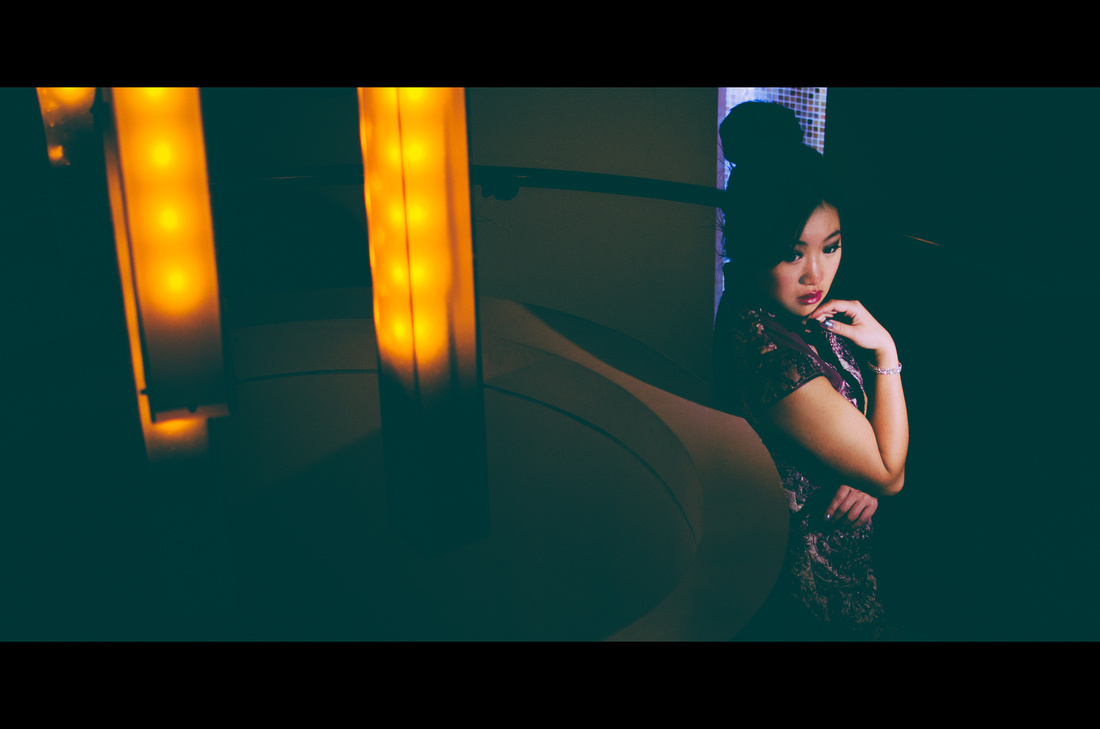 Emily - Waiting in the Stairway

Hong Kong film director Wong Kar Wai has long been a favorite of mine, less so for his quirky plots and chaotic timelines and more for his sumptuous visuals, courtesy of legendary cinematographer Christopher Doyle. It's no wonder Wong Kar Wai has an eye for style; he originally wanted to be a music video director, just like me (back in the day when MTV ruled cable television).

As a filmmaker, I was always drawn to Wong's style, but in practice, it was a harder look to master than what met the eye. I had some limited success shooting first generation digital (we're talking 1.3MP here) in Hong Kong on a business trip, but recently, I wanted to explore WKW's style in a little more depth.

That's how my collaboration with Emily Tang began. Ms. Tang is the reigning Miss Asian America and contacted me when she found out I had an open project to pay tribute to WKW's incredible style. Given her current role, she had access to the wardrobe we needed to pull it off and as a fan of WKW like myself, she was well aware of the look we were going for.

I scouted San Francisco Chinatown and found some great places off the beaten path where we would not need to deal with gawkers and tourists. The shoot would be done at twilight, giving me time to use both existing light and strobes. Ms. Tang brought a number of qipao to wear, but we only ended up using three (try finding a place to change in and out of a dress in Chinatown!). Nonetheless, the results were spectacular.

My partner, Miracle of Miracle Amor Artistry acted as lighting assistant for a number of fairly challenging setups (on the streets of Chinatown, anyway). We would have shot the night away if we didn't have prior appointments so we are looking forward to a "Part II" of our shoot in the future. 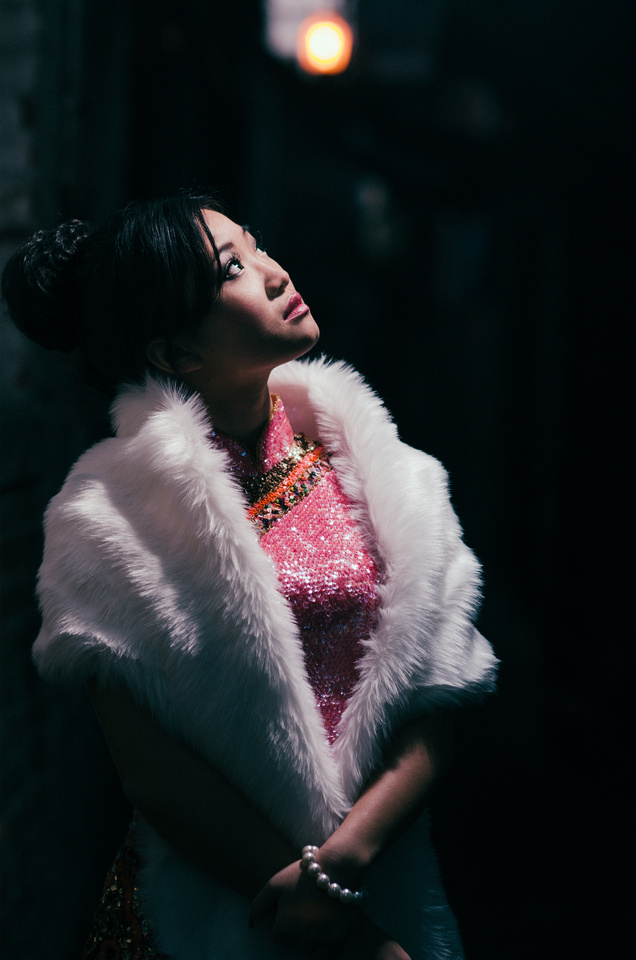 Emily - Beneath the Moon 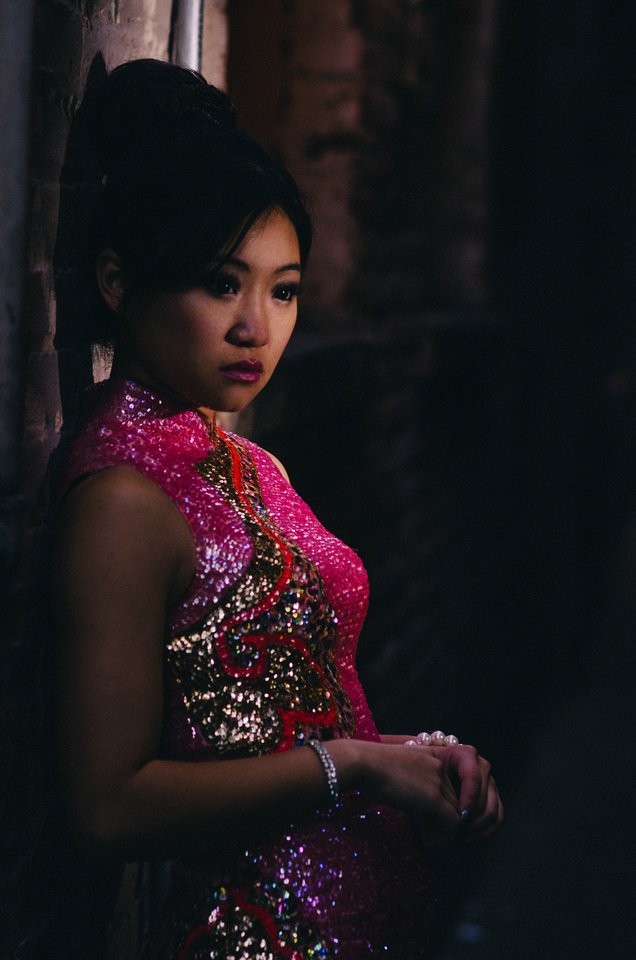 Emily - Under the Light 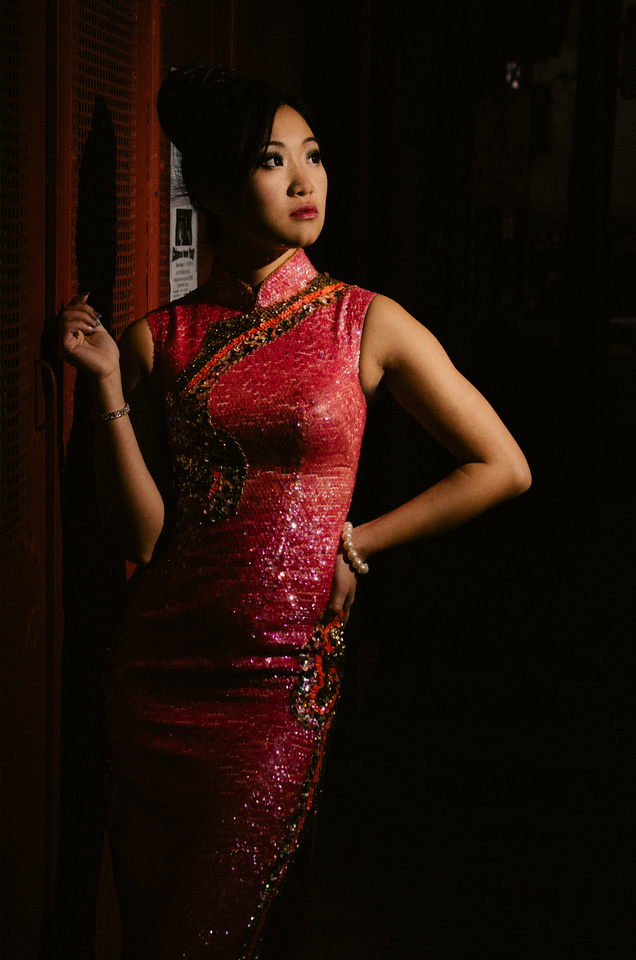 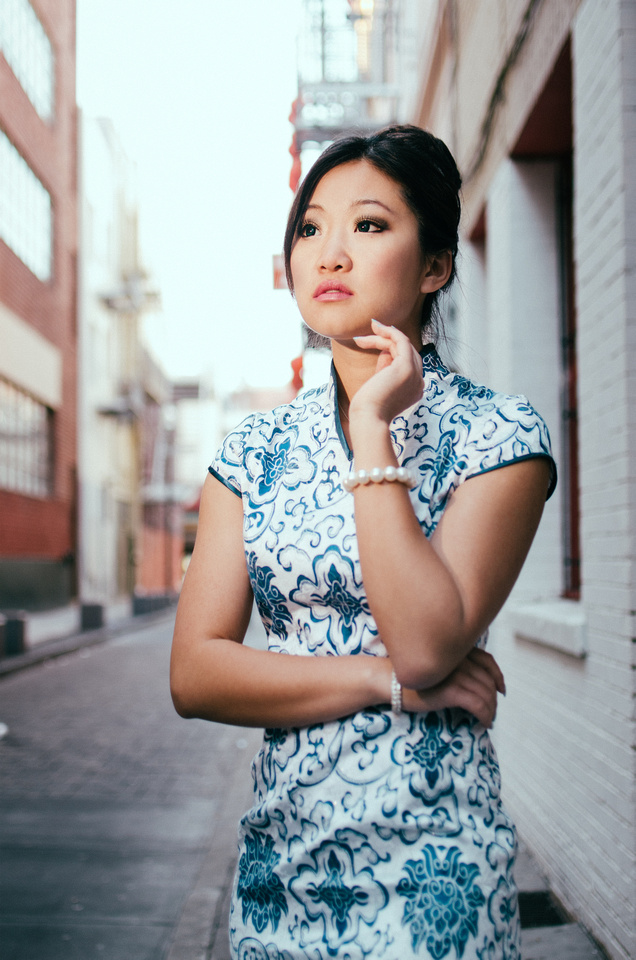 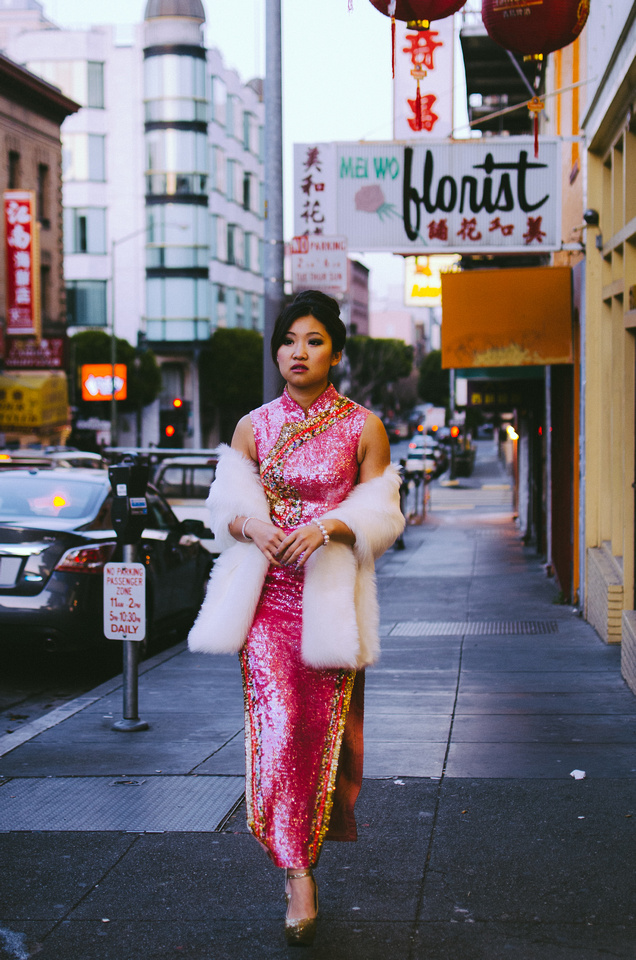